Whaling captain, Ralph Aveoganna and others indicated that bowheads grow rapidly through their first year, and then slow or cease growing for a number of years. Ralph told the biologists (roughly) that “bowheads start off as iŋutuks, then don’t grow, but grow their baleen and become qairaliq’s.” An iŋutuk is a fat, young whale with short baleen, and a qairaliq is a skinny, young whale with a big head and longer baleen than an iŋutuk. Subsequent morphological studies show that bowheads do experience a growth hiatus after the first year until about age 5 or 6 when they begin to increase in length once again. 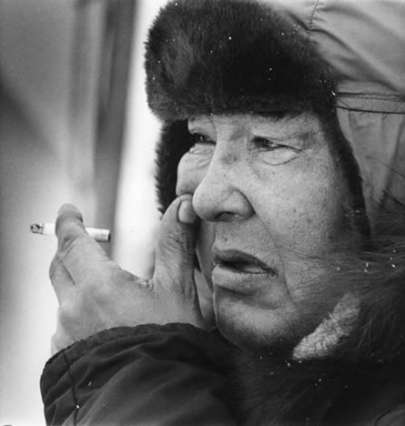 Length versus Age of Bowhead Whales:

The graphs below show the relationship between body length and age of bowhead whales, indicating their growth over time. The dashed line indicates the growth of females and the solid line the growth of males. The top graph follows the growth of bowhead whales over their projected lifetime. The lower graph provides more detail for the first 15 years of a bowhead whale’s life. You can see the rapid growth during the first year and the “hiatus” until about age 5 when growth resumes at a slow but steady pace. This data confirmed the TEK of the senior whaling captains. (Source: Lubetkin et al. 2008) 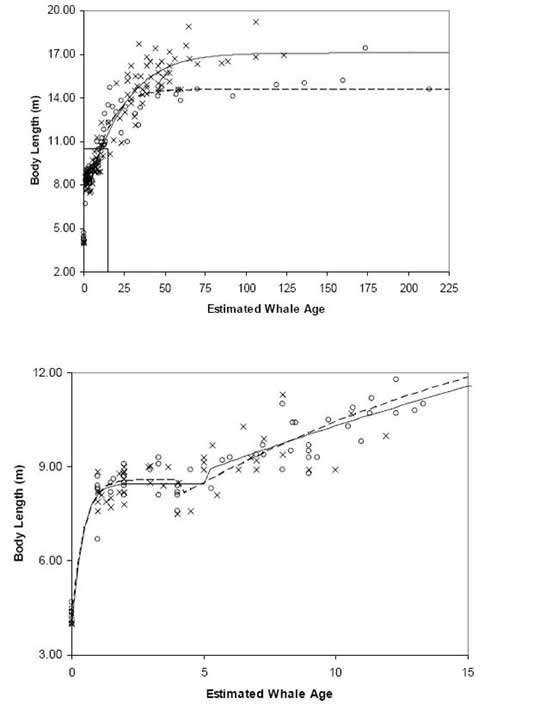 Prior to the aging studies it was thought that bowhead whales might live to be about 50-70 years old like their cousin the right whale. NSB biologists heard that “bowheads live two human lifetimes.” Stories told in Point Hope mentioned seeing the same whale over several generations. After the recent recovery from the blubber of whales of stone and other old harpoon points not in use for at least 100 years, the traditional knowledge seemed to be closer to the accurate life span of the bowhead. Subsequent information from aspartic acid racemization of eye lenses and baleen isotope analysis helped to confirm bowhead longevity. It is now commonly accepted that bowhead whales can live to at least 150 years if not longer. These numbers agree well with the TEK that whaling captains had told biologists that bowhead whales can live as long as two human lifetimes. 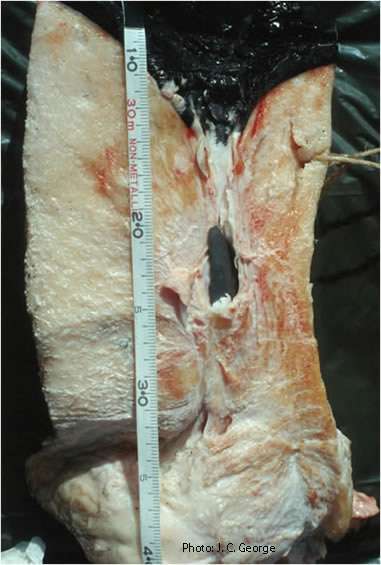 Picture of a stone point imbedded in the blubber layer of a bowhead whale. The stone point was recovered from a whale caught during the subsistence hunt in Barrow in 1992, suggesting the age the whale was at least 110 years old. Stone weapons have been out of use since about the 1880s. Photo: Craig George

The poster below shows some stone and metal points recovered from whales harvested in the 1980’s and 1990’s. 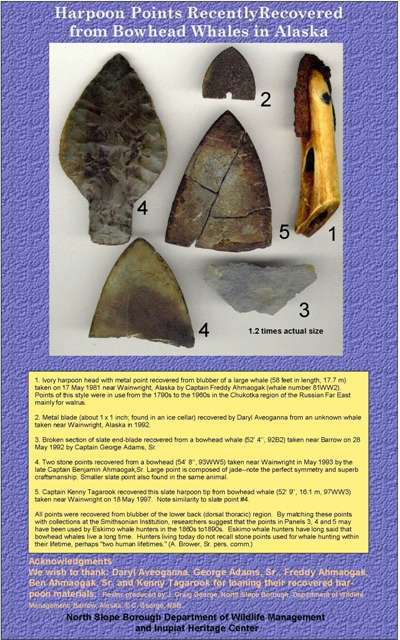