What is Traditional Ecological Knowledge (TEK)?

Information that is passed on which is important for survival; it is gathered through observation, experience, and recorded orally often as stories – continually tested by one’s own experience.

The North Slope Borough’s Department of Wildlife Management’s Bowhead Research Program has, since its inception, integrated TEK with western science. Below are some details of some of the specific examples of how TEK has helped to shape the NSB research program. 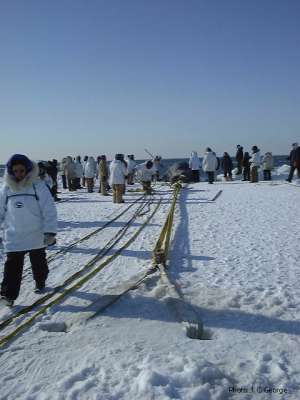 Block and tackle is anchored into the ice and used to pull up a harvested whale. Photo: Craig George

Below are some suggestions that may make gathering and integrating TEK in science more successful:

Articles or reports on the importance of TEK in scientific studies: 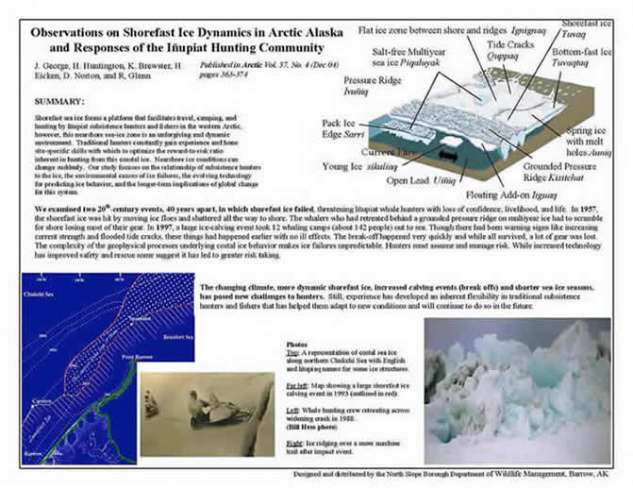 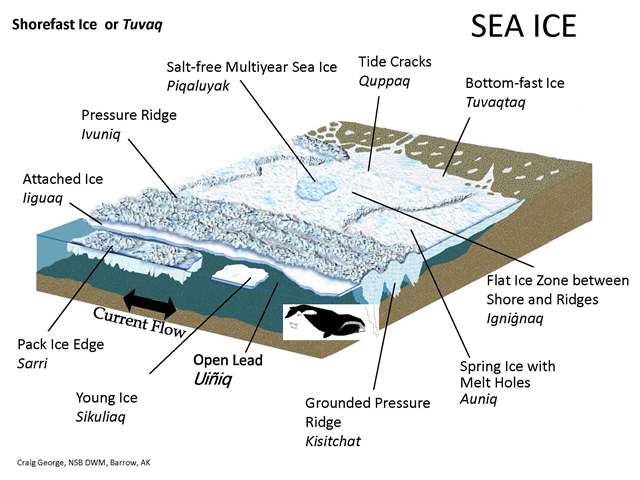